Almost everything about modern life is better than our forebears had it and the trend is improving. Simply put, we live longer, healthier, more comfortable lives than people throughout the entire course of human history.

Interestingly, across the globe people nonetheless feel rampant pessimism about the direction we're heading. Look at this chart from Our World in Data, and keep in mind this survey took place before the pandemic and global lockdowns:

What explains the dichotomy? Why are so many people misinformed about the actual dramatic improvements in the human condition? It's clear that both our education systems and our media fail to deliver an accurate picture.

I think about this dynamic often when observing life in the U.S. Life here is undeniably good for a great many Americans. Our very success, however, has led to two unintended outcomes: (1) we've become complacent and take for granted our good fortune; and (2) we have lost the drive to keep improving.

See this week's companion piece, How Will America Decline. I explore there some scenarios on how the next few decades might play out. It's not always easy reading, but ignoring problems is not usually a great way to solve them.

Why does complacency take root and spread? I can think of several possible reasons.

First, when you don't invest any personal effort into an outcome, you tend to value it less. The infrastructure and systems that surround us were largely in place by the 1960s, which means that two or three generations have come of age knowing nothing else. Roads and bridges built to last 50 or more years are crumbling, and it's a novel idea for a majority that these structures require massive investments just to keep from falling apart.

True, the emergence of tech giants represents a genuine change and their influence on society is profound. Each of Facebook, YouTube, WhatsApp, Instagram, TikTok, Snapchat, Redditt, Pinterest, Twitter, and LinkedIn were launched in the last twenty years. Small wonder that these platforms have captured the younger generations' collective attention. They are new in their lifetimes and these generations are actively shaping how social interaction evolves.

In a way, this only makes the problem worse. Compared to an active on-line world, how can the boring analog world compete? Who wants to spend time worrying about school, about roads and bridges, about agriculture, about water supply and waste treatment? These things have always been there and will always be there. That's one way complacency comes about.

But it's short-sighted to ignore the physical world our technological world is built upon. Just recall what soon happens to computer systems when you stop updating them. Why do we assume our physical systems will respond any differently?

Being at Peace Comes with a Cost

Here's a second factor potentially explaining our dangerous complacency. The post-WWII generations have had the benefit of decades of peace, such that most people alive have no personal experience of war. Without deprivation, plenty goes unremarked. Without hardship and suffering, ease is little regarded. Hence the genuine shock so many people feel upon seeing actual physical aggression in the form of a European land war.

But watching a YouTube clip and running for your life as your city is shelled are very different things. Still today, the great majority of the world is simply unaffected by the Ukraine war in any meaningful way. We're getting the slightest taste of what it means when things not only don't improve but worsen. Supply chain disruptions and inflation are a modest inconvenience, but a hint of what could happen.

A third factor is equally a result of our peace and plenty: we have the time to worry about otherwise trivial things. When clean water and food are plentiful, you have the luxury to pronounce your pronouns. When standards of living are high and rising and anything you can imagine buying is no more than a click away, you can fret about the fate of brown spotted egrets. When your greatest fear is getting graded for your performance, you can put up a fight about unconscious bias.

Is it wrong to worry about treating people fairly or to take steps to be less cavalierly destructive of the natural environment? Not at all. These are worthy goals for a society in which half the population works for a living. At a time when more people are free from physical toil than any other in human history, however, we risk going too far.

The great systems that support us come at a cost. They require constant maintenance and effort, just to keep performing at the same level. Being distracted by less substantive things risks undermining the foundation we all stand on.

There is a fourth factor we need to consider, and that is some people actively work to destroy our support systems. All of these things are presently under attack by idealogues within our own countries: religious values, traditional family structures, the work ethic, meritocracy, individual financial success, government institutions, democratic norms, and even logical thinking. The attackers' common rationale seems to be that these things have all resulted in inequal distributions of wealth and power. To correct those inequalities, the argument goes, we must first destroy the system.

Don't underestimate the power of a relatively small number of people to cripple the collective efforts of entire countries. It is far easier to undermine and destroy than it is to create enduring structures. To pick just one example, saboteurs have been at work on students' minds for at least thirty years and their work is starting to bear bitter fruit.

For a disarmingly clear depiction of the destroyers' mindset, see John Hawkins' recent piece America Has Lost Sight of Chesterton's Fence. It's well worth a read.

When I look back at the chart above, it makes more sense to me why most people in most countries don't think the world is getting better. Despite ample evidence that the world has gotten much better, there are also clear signs that it has deteriorated and could be trending substantially worse still.

the world can be much worse.

Just because things have gotten better does not mean they will automatically get better. We can make them worse through inattention or deliberate bad effort.

The only way for our children to avoid much worse outcomes is for us all to shake off our collective complacency.

PS – In this week's ACC Docket article, I discuss one way to avoid complacency in our own lives. Even when (and perhaps particularly when) no one is watching what we're doing, how do we hold ourselves to a high standard? Read Career Path: Ask "If I Was Doing This for Myself..." 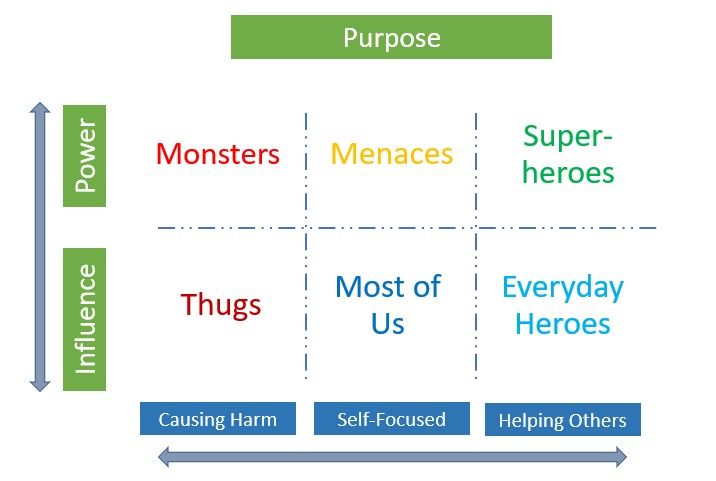